Wednesday, September 21st – We are in Rhodes, Greece, which is the fourth largest island in Greece. Liz, Susan and I walked into the walled medieval city and visited the Palace of the Grand Master. The palace is a roughly squared building designed around a large courtyard. It was built at the end of the 7th century to act as a citadel of the Early Byzantine “fortress.” In the middle of the 19th century the first floor collapsed completely and in 1937 restoration was begun.
Afterwards we walked the cobbled stoned streets and found a very nice restaurant and ordered a beer for Susan and wine for Liz and me. Then we saw a platter of appetizers delivered to a table near us and decided the couldn’t resist. It was a wonderful platter of appetizers that we thoroughly enjoyed. It was called meze. After that stop we wandered the streets and Liz and I bought a few souvenirs. It was another good day. 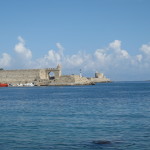 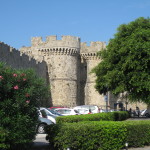 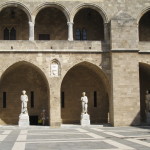 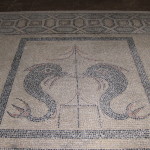 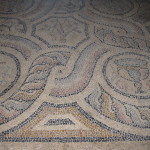 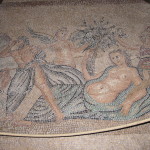 One thought on “A Walking Tour of Rhodes, Greece”