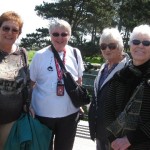 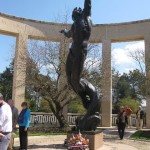 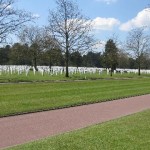 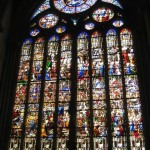 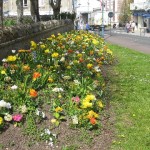 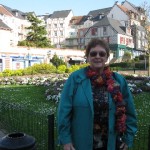 We got up so early this morning to go to the Normandy Memorial Museum in Caen.  The girl at the tourist information in Honfleur said to be there by 9:00.  We were but the tour had already left.  You had to make reservations the day before and no one mentioned that.  We had breakfast and then toured the museum.  Then we got in the car and drove to the American Cemetery.  We entered and from the cemetery you can see Omaha Beach.  We were looking at the view and taking pictures and I notice Lola hugging someone.  I walked over and there was Laura Hershey, a gal we play golf with at SeaPines.  How incredible is that?  We all hugged Laura.  As we were walking around the cemetery we heard “The Star Spangled Banner” being played.  I was walking with Barbara and we froze and put our hands over our hearts.  I must say it is very emotional to be standing where thousands of young American boys are buried and hear the national anthem.  Then they played taps.  I took many pictures and I wanted to get a picture of a Star of David grave marker and went to the closest one.  Would you believe the last name was Taylor?

Wednesday we drove along the coast line from Honfleur to Merville-Franceville plage.  Our day was filled with half timbered houses and breath taking views.  We stopped to see a beautiful church in Villers-Sur-Mer.  We had lunch at Hastings in the village of Cabourg.  Our waiter spoke English and translated the menu for us.  He was kind and also very handsome.  He said he had been to New York and bought French wine there for the same prices as it costs in France.  I have to say that Susan is a fabulous driver but on ocassion she did get lost but we eventually reached all our destinations.  She doesn’t trust our Garmin.  We drove home and had dinner that evening at Cote Resto in Honfleur.  Barbara ordered lobster and here is the picture for Kendall.

We woke up Tuesday morning to rain so we decided to stay inside until the rain stops.  We have been trying to figure out how to operate the TV every day with no success so it may be a long day.  But there is good news: Lola got on to her email account and was able to answer a new security question.  Time to celebrate.  We decided to call Amanda and Craig and ask if they could come over and show us how to operate the TV.  They did and it was nice to have a TV and finally hear the news.  Lola also bought a phone card and now the callenge was to figure out how to use it.  She figured it out and we had another success.  It stopped raining so we went out for lunch.  After lunch Susan and I decided to go to a museum about the artist Eugene Boudin.  We got there and they were closed only on Tuesdays.  We headed back down the hill and went to two museums about the history of Honfleur.  Because we were seniors we got to visit both museums for 3.50 Euros.  We got back to the apartment and we all went to the grocery store and bought ham, cheese, pickles, mustard, bread and cookies.  We ate in for dinner because two big meals a day is to much even though we adore the food. 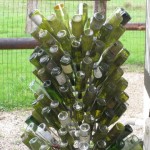 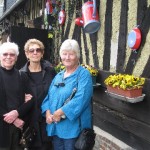 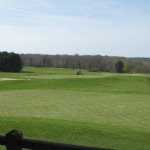 Pictures from the Cider Route - 11 photos »

Today we took a drive called the Cider Route, which “meanders throughout a typically Augeron landscape.  Within this superb and undulating setting, castles, manor houses, half-timbered houses and apple orchards offer the region some of its finest views.”  The fields were lush and looked like green velvet.  We stopped and had lunch in a small village called Bonnebosq.

The restaurant was called Auberge du Bras d’or and our wonderful waitress was Mme HAMEL Rejane.  She helped us to understand the menu and even brought a man in who spoke a little English and he translated the menu for us.  During the course of the meal Susan accidentally added water to Lola’s white wine and began drinking it.  No problem.  When Lola realized it she took Susan’s wine.  That was good since Susan is the driver.

We visited the town of Beuvron en Auge and it is a village with a central market hall and manor houses and is recognized as one of the bost beautiful villages in Frances. 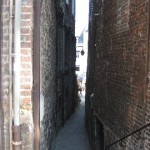 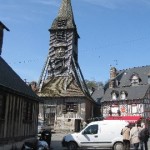 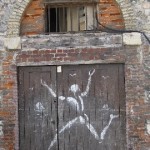